Ebrahim Toure has been imprisoned for 4 years in a maximum security jail. Every 30 days the Immigration and Refugee Board reviews his case.

Ordered out by the guards, Toure, a middle-aged black man with a buzz cut and goatee, wishes good morning to the inmates with whom he is familiar and avoids eye contact with the others. He waits in single file for his breakfast tray, eats quietly and tries not to think about how much longer he might be stuck in jail. Toure, who is originally from West Africa, has not been charged or convicted of a crime, nor is he considered a danger to the public.

But last month the year-old marked his fourth year behind bars in a maximum-security jail because the government cannot deport him. A failed refugee claimant, Toure is one of the hundreds of unwanted immigrants Canada has locked up indefinitely across the country, many in maximum-security jails rather than special immigration detention centres. He wears an orange jumpsuit, is regularly strip-searched and is subject to the same restrictive rules as prisoners convicted of criminal offences.

A Star investigation into immigration detention in Canada found a system that indefinitely warehouses non-citizens away from public scrutiny in conditions intended for a criminal population. The Canada Border Services Agency and the Immigration and Refugee Board, meanwhile, are routinely unable to solve long-term detentions, the Star found. More than of those currently detained for immigration purposes in Canada have spent at least three months behind bars and one-third of those have been detained for more than a year.

Toure is not trying to stay in Canada. He says he was born in The Gambia and raised in Guinea, and he would happily return to either country, but neither will take him back because he lacks the paperwork to prove his citizenship.

So he waits in jail, indefinitely. Canada detained 6, people for immigration purposes in the fiscal year, including more than children. 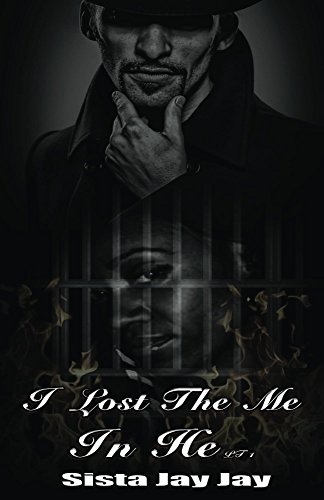 Detainees are either kept in one of three medium-security detention centres or in maximum-security provincial jails. Some of the detainees are former permanent residents who committed crimes, served their sentences and now await deportation; others, like Toure, are failed refugee claimants or those who have otherwise been deemed inadmissible to Canada and whom the government considers a flight risk or a danger to the public.

The average length of detention last year was 23 days. Canada has no maximum length of detention. The CBSA, which refused to make any representative available for an interview, told the Star in writing that Toure is not co-operating with his removal, blaming him for the extended length of his detention because for nearly three years he claimed he was from Guinea and now says he is from The Gambia.

He gave up on Guinea when it became clear they would not accept him. He has no birth certificate to prove it. His father died when he was young and he moved with his mother to neighbouring Guinea, where she was born. North America was a beacon. He wanted a better life for himself. But he was unable to get a travel visa to Canada or the U. Photo by Anne-Marie Jackson. Toure eventually settled in Atlanta, where he worked at a clothing store and was paid cash under the table.

Toure had three run-ins with police over a short span of time while in Atlanta, all non-violent. He was arrested in for selling pirated CDs and DVDs, pleaded guilty and received two years probation. He says he was innocent of the charge but did not have a lawyer and pleaded guilty when the judge told him he would not go to jail.

After the cash incident he returned to Guinea when his uncle, whom he considered like a father, was murdered. Convinced it was a botched robbery by a local gang, Toure said he started asking questions. Toure, who had attended all his previous immigration appointments, says he never received the letter. He was arrested Feb. Along with the indefinite nature of immigration detention, the use of criminal jails to house migrants has been a major target of criticism from humanitarian organizations.

Looking at one day in January as a snapshot, the Star found that more than two-thirds of immigration detainees, including almost all of the long-term detainees, were in maximum-security provincial jails. This is something the government itself has suggested is problematic. Yet, the use of jails has continued much the same. There is no legislation governing whether an immigration detainee is placed in a maximum-security jail rather than an immigration detention centre, and there are no means by which a detainee can appeal where they have been placed.

In most cases, any past criminal convictions will land an immigration detainee in maximum security. I gradually took over the game until I had things largely locked down by T4, and spaced out finishing off his last few units to take max points for This really showed off the value of stacking up all the MW sources in my army, as it makes the counterpunch in matchups like this where the opponent has to come at me with elite units see also the game with Custodes Jetbikes go so much more smoothly. Space Marines eh? I definitely want him to go first, as I should hopefully be able to deny a kill T1, and then fight for board control.

This game was a disaster. The dice were definitely against me, but my plan was wildly wrong and I only have myself to blame on this one. Not the end of the world however, and I picked up the two Invictors fairly easily. With that in mind I switched gears to aiming for the Eliminators with the Hemlock, and killed a couple. His counterattack was brutal. Otherwise, he plinked a few wounds off here and there, but mostly just moved up. On my turn 2 I traded my Autarch for taking a squad of Intercessors off the middle objective and consolidating into the Leviathan, and got my one bit of very good rolling for the game by taking out a couple of Centurions with my lance Hunter.

Unfortunately, from turn 3 I started getting properly pushed in. His remaining four Eliminators moved to draw a line on my Warlock and managed to kill him straight up despite being hitting on 5s and his extra defences. My Autarch got trivially gunned down, while his other stuff picked off quite a few bits of my infantry. The only remaining point of light was my hero Storm Guardians making a creditable attempt to take down his smash Captain, managing to strip three of his wounds off and force him to make a decent string of saves to keep him alive in combat, before getting hammered to death for their troubles.

Devastator Doctrine really matters. It was still a high roll from him, but popping LF straight away especially as only one Serpent was visible to the Leviathan would probably have saved the tank.

Leviathans with all the new nonsense are heinous. Previously a moving Leviathan in a re-roll bubble shooting at a plane was only worth about wounds if you popped Lightning Fast. With all this in mind, my plan was just wrong. What I should have done is picked Ground Control and planned to very carefully table him, because played cautiously and maximising my range advantage I definitely had the tools to do this. That would have kept the planes out of the Leviathan kill zone for his turn 2, and meant he got no benefit from the Leviathan or the smashcap turn 2.

It would also have left me with my infantry ready to pop out of their tanks for a concentrated volley into his infantry on my turn 2, while sending the Autarch into the Leviathan at that point. That guarantees me up for a third turn of plane shooting, at which point his army should look seriously degraded, especially as my infantry will have mown down an Doomed intercessor squad or two. This was definitely an important learning experience about new Marines and how much respect you have to pay to their shooting Leviathans and Eliminators in particular.

No soft landings here. Unless he has a catastrophically good first turn of shooting I should have the firepower to go through a couple of lords and a Knight in good enough time to make this a real game. That hopefully staggers the arrival of his big threats. Lords Discordant ready to attack. Credit: Wings. Another cowardly corner deployment.

He went first and had a pretty good turn.

A powered up Disco-lord also killed a Serpent. My opponent warned me that Ahriman had more attacks than I might expect, and at this point I should have abandoned the plan, as if I had to auto-pass morale it would be way too many CP, but my brain got a bit sunk cost and I went for it anyway. I blew away the Cultists that were on the objective and took it, but nearer to home my army thoroughly low-rolled against his Lord, while his Knight saves were pretty good, leaving me forced to spend yet more CP to finish the Disco-lord off in combat, although I did, at least, just manage this.

Ahriman killed most of the Guardians, but the last survivors auto-passed and held the objective. His second turn started out looking OK for me. Unfortunately things went horrendously wrong from there. His dual thermal Knight got two wounds into my War Walkers and promptly rolled a double 6 on damage to eliminate the remaining two.

His second Lord came out and his Knight rocked in, and this initially looked OK for me — the attacks into my Autarch only killed him exactly, and he had the Phoenix Gem, but my Wave Serpent promptly got killed and exploded, taking the Autarch out and leaving me looking bereft.